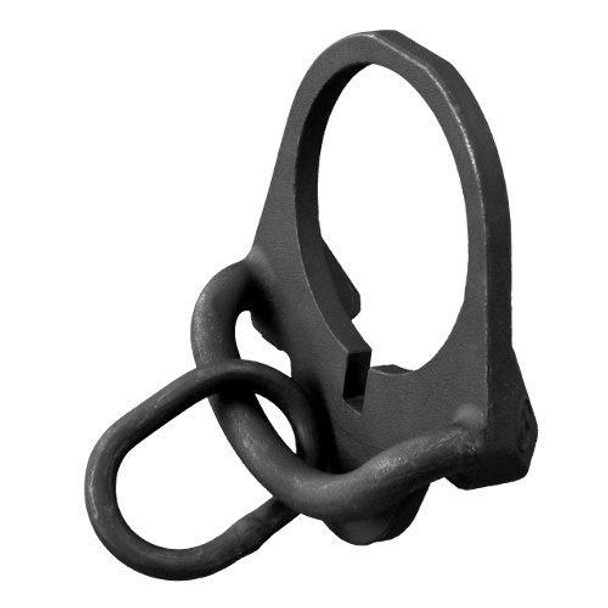 The Magpul ASAP allows a range of motion greater than 180 degrees, enabling true ambidextrous weapon manipulation for both left and right handed shooters. The ASAP replaces the standard AR15/M16 carbine stock receiver end plate and minimizes snagging and facilitates easy transition to and from weapon and reaction side shoulders. The ASAP works with Single-Point type slings with snap hook style attachments such as the Magpul MS3 Sling and Magpul MS3 Single QD Sling. Made from precision cast black manganese phosphatized steel, the ASAP is compatible with both mil-spec and commercial-spec carbine receiver extensions (buffer tubes). The ASAP has been proven to withstand stress tests of over 300lbs. Made in U.S.A.   Single-Point is a registered trademark of Wilderness Tactical Products, LLC. ITAR International Traffic in Arms Regulations Controlled Product
View AllClose

MSRP: $24.95
Now: Now $22.95
Was:
The Magpul MSA - (MOE Sling Attachment) attaches directly to the MOE Hand Guard. The Magpul MSA provides a forward sling attachment point for the Magpul MS3 and MS3 Single QD slings as well as other...
MAG504-BLK

MSRP: $79.95
Now: Now $75.95
Was:
This product ships free The Magpul Armorer's Wrench is a professional armorer's wrench.  It is more expensive than others on the market, but it is worth the expense.  This is the tool...
MAG535-BLK

MSRP: $59.95
Now: Now $56.95
Was:
Magpul MS1® Padded Sling The Magpul Padded Sling - MS1® is the newest and most comfortable sling in the MS line. Magpul added a padded section of variable-width tubular webbing to...
MAG545